More than 230 million euros of this will go to the clubs in the 2.nd Bundesliga (an overview of the TV money in the 2. Bundesliga can be found here).

According to this, almost 930 million euros go to the clubs in the 1. Bundesliga.

Since the 2017/18 season, television funds have been distributed according to the so-called 4-pillar principle (source: DFL).

First of all, here is the overview of the national television funds in the 1st Bundesliga season 2019/20: 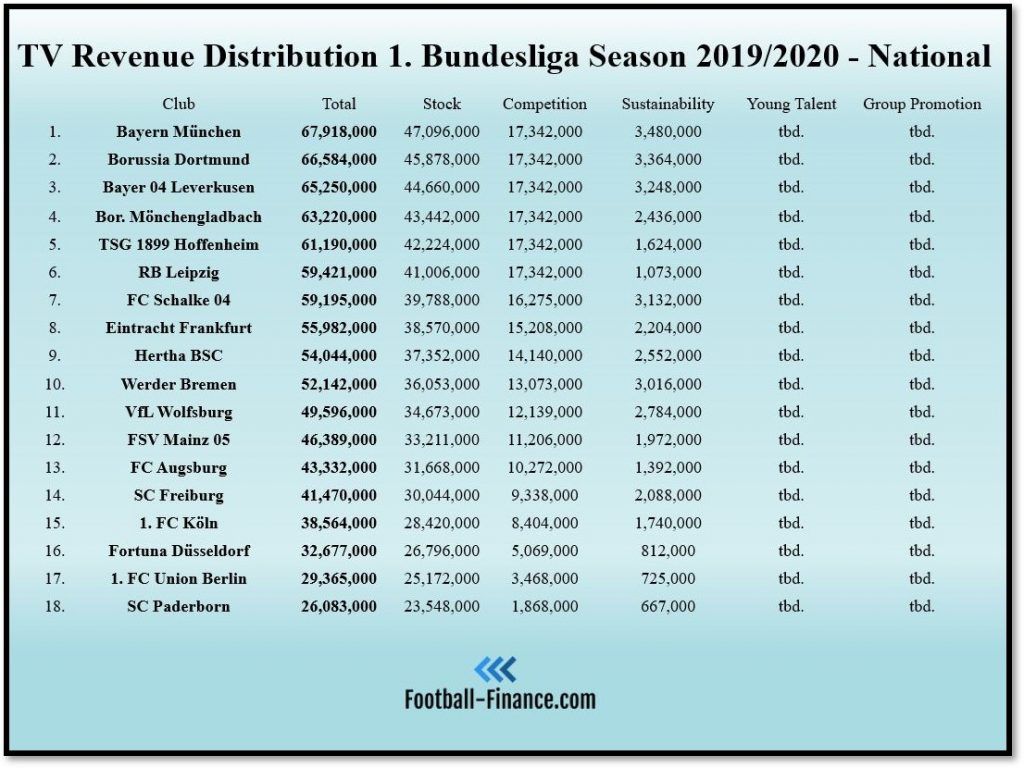 Calculation of the Pillar "Sustainability"

Unlike in Pillar 1, however, all seasons are weighted equally here.

In addition, 1.Bundesliga and 2. Bundesliga are not considered separately.

For the rankings in the 1. and 2. Bundesliga there are the following points:

For placements in the 3rd league and regional league there are no points.

Here you can find the detailed calculation of the other pillars: